A downloadable game for Windows and Linux

Download NowName your own price
This is the demo for "Gods from the Abyss" , a local co-op side-scroller beat'em up inspired in classical arcade games like "Golden Axe", "Final Fight", "TMNT", etc, set in an eldritch-lovecraftian ambience.

It features the first two stages, and the complete game will have five levels of eldritch packed action!

The game is almost complete, so if you like it, look for the full version, available very soon!

Hi! cat/reina here, still surprised to see a project I saw years ago is finally getting a demo. would like to give my feedback as well though. hope you enjoy <3

the criticisms:
*The camera when running should ease faster, it's hard to see enemies in front of you when running.

*I found running difficult, as I often triple-tap instead (mashing the button) and end up walking. Maybe use a timer when checking if to run or not?

*I also wish you could continue running when you press Up or Down, since I need to make minor adjustments to make sure my charge attack hits. Speaking of which, vertical range feels really weird since the enemy seems to have wider vertical range than the player (especially from above).

*Mei's rear attack feels a bit slow compared to just turning to the other side and attacking normally.

*There's a minor typo of "Atack" in the controls explanation screen.

Some other stuff would probably be a more descriptive cutscene at the end of the first level (honestly what happened??), sounds for game over screen and maybe a level select so people don't have to beat the game in one sitting :D

loved the original healthbar system! it reminds me of zelda games where your health is not a bar. I like the rain effect as well.

I also appreciate pain voices for the player, since in those games it can be hard to tell who's beating up who, and when you should rethink your strategy.

Speaking of which, it's nice to see the cultists have female members despite using the same sprites!

It was unexpectedly good to see the enemy being sliced in half, too. Feels weird that it happens merely on normal attack/slicing, though.

Thanks for playing and for the feedback! 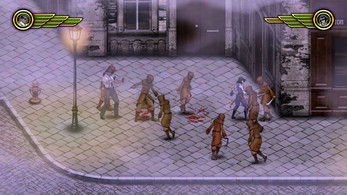 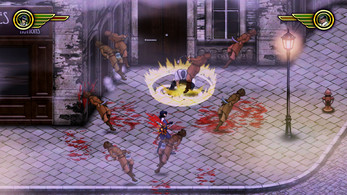 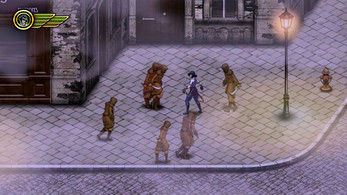 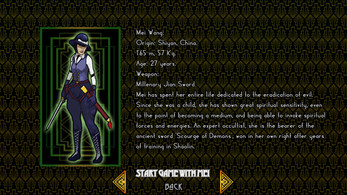 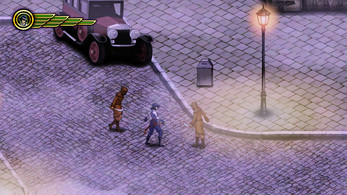 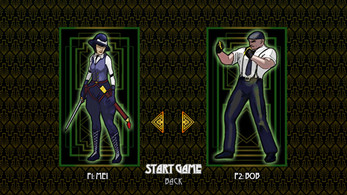 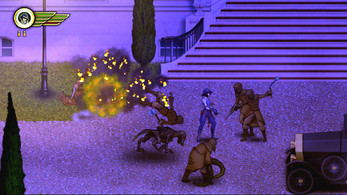 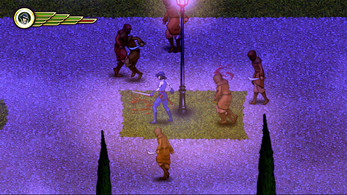 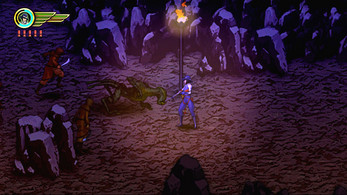 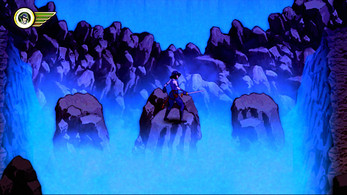 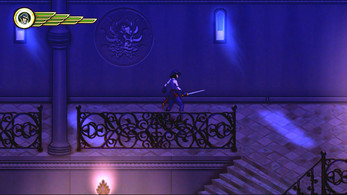